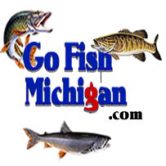 If you’re headed out fishing, please do your part to keep yourself and others safe by following COVID-19 public health and safety guidelines. Go fishing only if you’re feeling well. Practice proper social distancing (at least 6 feet away from people who don’t live in your household) and keep a face covering handy for when social distancing cannot be maintained. Frequently wash your hands with soap and warm water, or use hand sanitizer.

Ice fishing has taken off in the northern sections of the state. Those getting out on inland lakes to the north are getting bluegills and pike. The southern half of the Lower Peninsula had no safe ice yet.

All anglers 17 years of age and older are required to have a fishing license.

There is no safe ice in this area, as most of the inland lakes are partially open or have skim ice only.

Lake Erie: Boat anglers continue to catch walleye, including some limits. The action was good for those using color bandits in and around Brest Bay.

Lake St. Clair: Skim ice has formed in the marinas, canals and back waters, but there is no fishable ice. There are no docks at the state launches. Boat anglers are still using Harley Ensign, which has open water, and Blossom Heath when breaking through skim ice. The Selfridge launch is iced in with thin ice. The few boat anglers out are targeting walleye, musky and yellow perch. Those fishing off the docks did well for panfish.

St. Clair River: Some of the best action was walleye fishing in the upper river. Many were vertical jigging.

Saginaw Bay: Had almost no fishing activity, as ice conditions are not good. Whites Beach and Pinconning had only a couple inches, which was spotty at best. Off Linwood, the only activity was in the marina, but no fish were caught. Anglers were fishing in shallow water between Sebewaing and Port Austin; however, ice conditions vary so anglers need to use extreme caution. Catch rates were poor.

Saginaw River: Had almost no anglers, as areas had either thin ice or open water.  The boat launches are iced in, and areas on the lower river were 75% ice-covered. Upstream toward Saginaw had shore ice with open water in the middle. In Saginaw, it was open water; however, the launches were iced in and not usable at this point.

Tittabawassee River: There is a lot of ice jammed up in several places from the Tittabawassee Road Bridge downstream, making fishing difficult to impossible. From the Caldwell launch upstream is relatively open and ice-free. Conditions change all the time, and the ice could bust loose and open the river up at any time.

Inland lakes in the area have snow on top of thin ice and will need more time before anglers can get out. Boats are fishing the bigger rivers for steelhead, but launches are starting to ice up, making it more difficult.

St. Joseph: A couple pier anglers were out targeting steelhead. When they can get out, boat anglers were fishing close to shore.

Grand River near Grand Rapids: Anglers are still getting some steelhead on spawn or when floating a jig tipped with a wax worm.

Rogue River: Is also producing some steelhead in the lower river. Most are using a jig with a wax worm.

Muskegon River: Continues to produce some steelhead and pike.

White River: Those fishing down near the mouth caught a couple steelhead.

Montmorency County: McCormick Lake had open water over half of the lake and just a couple inches of ice at the boat launch. Those using tip-ups and slammer rods with minnows in shallow water caught a couple small brown trout and rainbow trout. East Twin Lake was producing small perch.

Fletchers Pond: Has ice near the public access site; however, avoid the pressure cracks and use extreme caution as ice thickness is variable. Anglers were targeting pike with tip-ups and panfish with small jigs tipped with wax worms or spikes, though the panfish bite was slow. Largemouth bass were caught and released on tip-ups.

Higgins Lake: The south end had thin ice only, no safe ice yet. The north end had open water. No anglers have been out.

Houghton Lake: Ice fishing is going strong; however, anglers should stay clear of any inlets and outlets and the western part of the East Bay and avoid crossing any pressure cracks. Anglers are getting lots of small perch along with a few keepers. Bluegills were caught when fishing multiple holes to find schools of fish around the weed beds. Most are using tear drops with mousies, wax worms and spikes. The best walleye bite was in the early morning. Pike were more active early morning and at night.

Lake St. Helen: Anglers are ice fishing, though caution needs to be used near any inlets or outlets where snowmobiles have gone through. Those fishing have caught a few walleye, crappie and pike.

Tawas: A few boats going out of the Tawas River were trolling and jigging for walleye in 20 to 30 feet. Those trolling body baits were getting a few fish down towards Alabaster.  Ice conditions off Access Road near Jerry’s Marina are very sketchy at best, and extreme caution needs to be used. A few walleye anglers using jigs tipped with minnows in 7 to 10 feet caught a couple keepers, but most were too small.

While some lakes had enough ice for anglers to start getting out, apparently the ice is not safe on all the lakes in the area.

Manistee Lake: In Kalkaska County had a few anglers out fishing.

Lakes Cadillac and Mitchell: Ice fishing is going full bore on both lakes. Anglers have caught panfish, pike and a couple walleye.

Manistee River: Not many anglers were out, but those braving the cold were rewarded with the occasional steelhead.

Hamlin Lake: Had a few anglers; however, extreme caution needs to be used as ice thickness is very inconsistent.

Dickinson County: Inland lakes in the area have ice and had some slush after a warm, sunny day. Anglers are targeting pike and panfish.

Manistique River: Had a fair number of steelhead.

Munuscong Bay: Had ice suitable for walking on near the shoreline, allowing anglers to get out and catch decent numbers of perch.

Cedarville and Hessel: Had the occasional angler fishing around the Les Cheneaux Islands; however, ice thickness is not uniform or stable. A few perch were caught off the bottom in Hessel Bay when jigging wax worms. The south side of Musky Bay is open water.

Before you hit the hard water to fish, check out ice safety information at Michigan.gov/IceSafety.

This report is intended to give you an idea of what is going on around the state. Updates come from Fisheries staff and conservation officers. With more than 11,000 inland lakes, the Great Lakes and thousands of miles of rivers and streams, not all locations can be listed. However, it is safe to say if a species is being caught in some waters in the area, they are likely being caught in all waters in that section of the state that have that species.

Thanks to the Michigan Department of Natural Resources Weekly Digest Bulletin 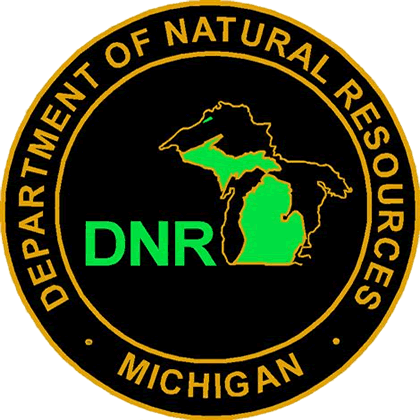 Dredging at West Houghton Lake and South Houghton Lake boating access sites to start Monday In an effort to complete critical work ahead of the spring boating season, the Michigan Department of Natural 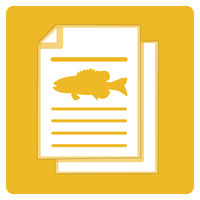 2021 fishing season starts April 1 While anglers prepare their gear and equipment for spring fishing, there’s another key thing to remember: a 2021 fishing license! The new license sales begin today for the 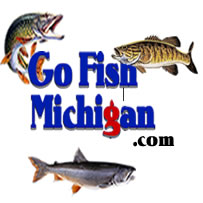 Weekly Fishing Report – January 7, 2021 If you’re headed out fishing, please do your part to keep yourself and others safe by following COVID-19 public health and safety guidelines. Go fishing only